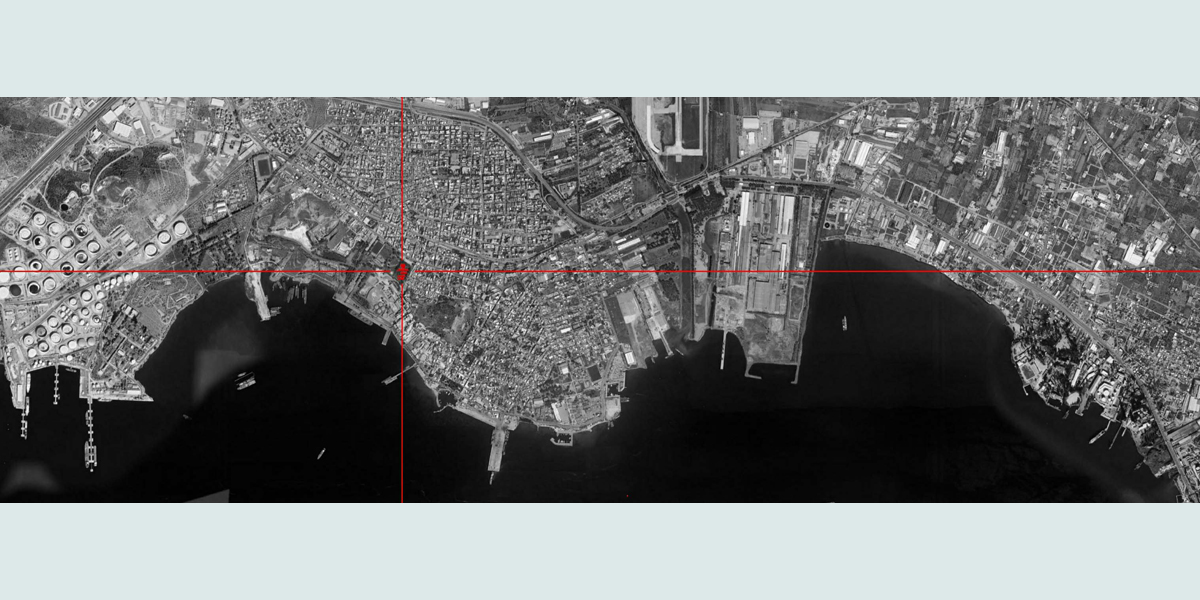 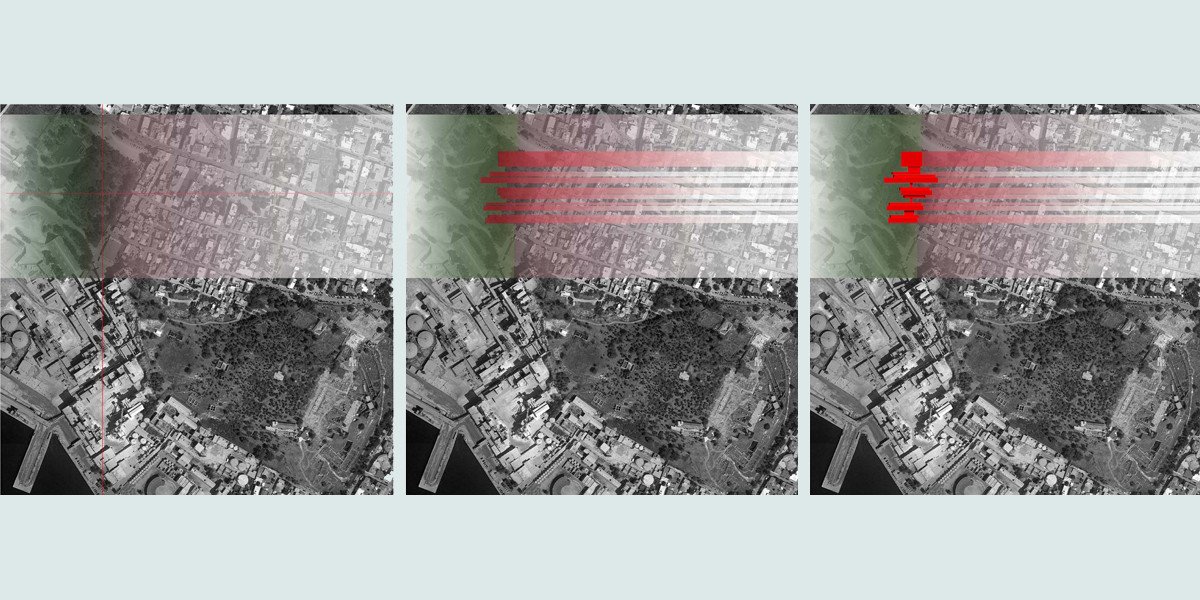 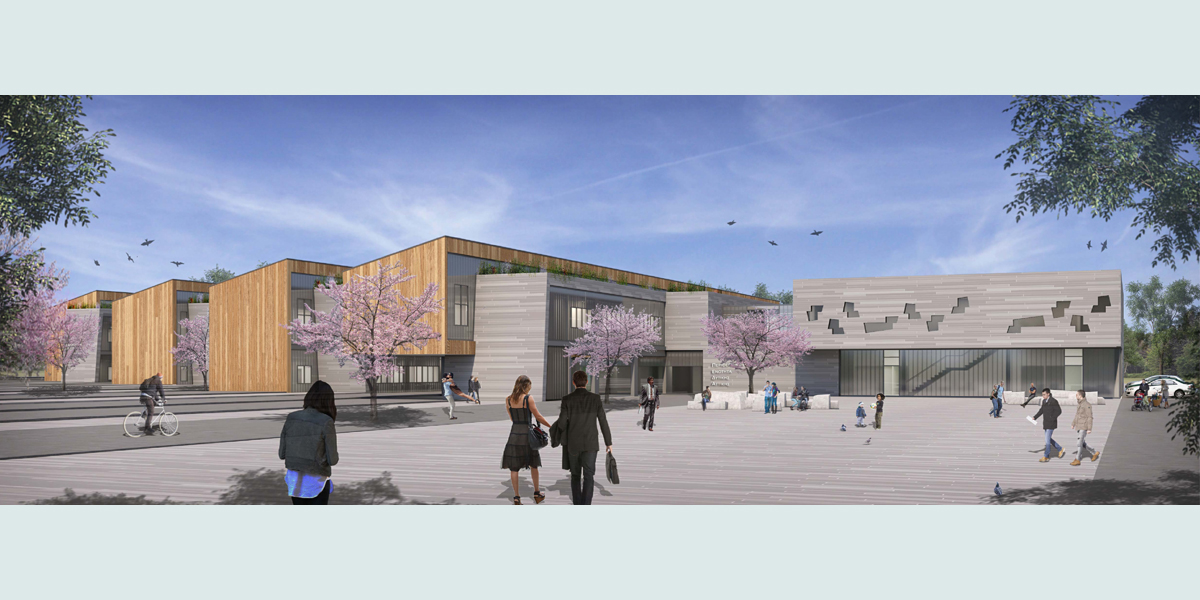 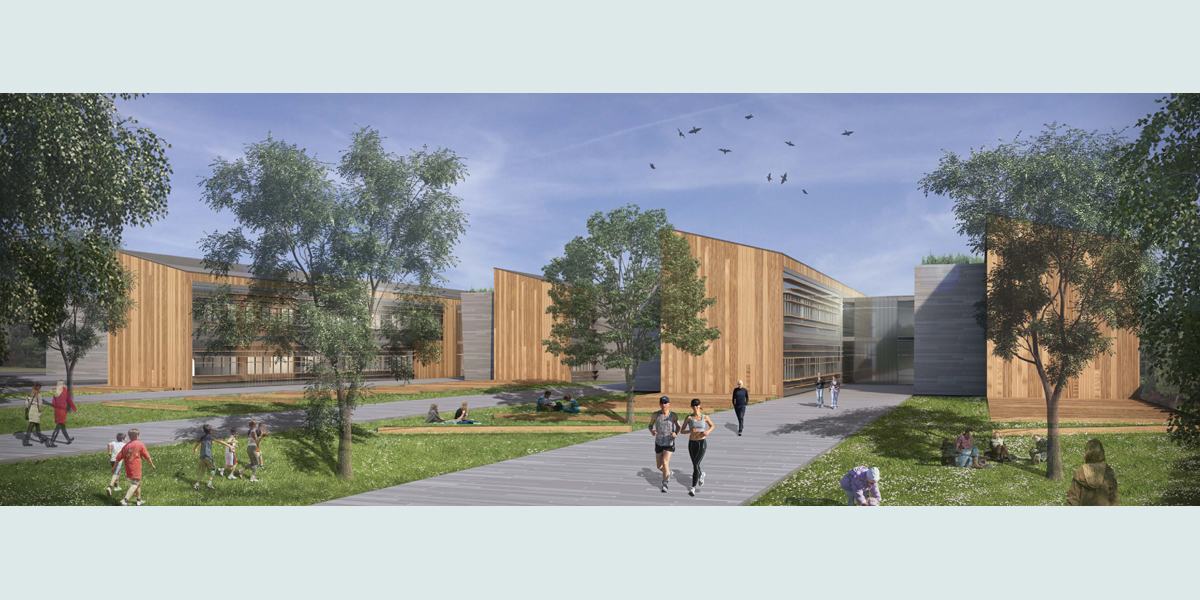 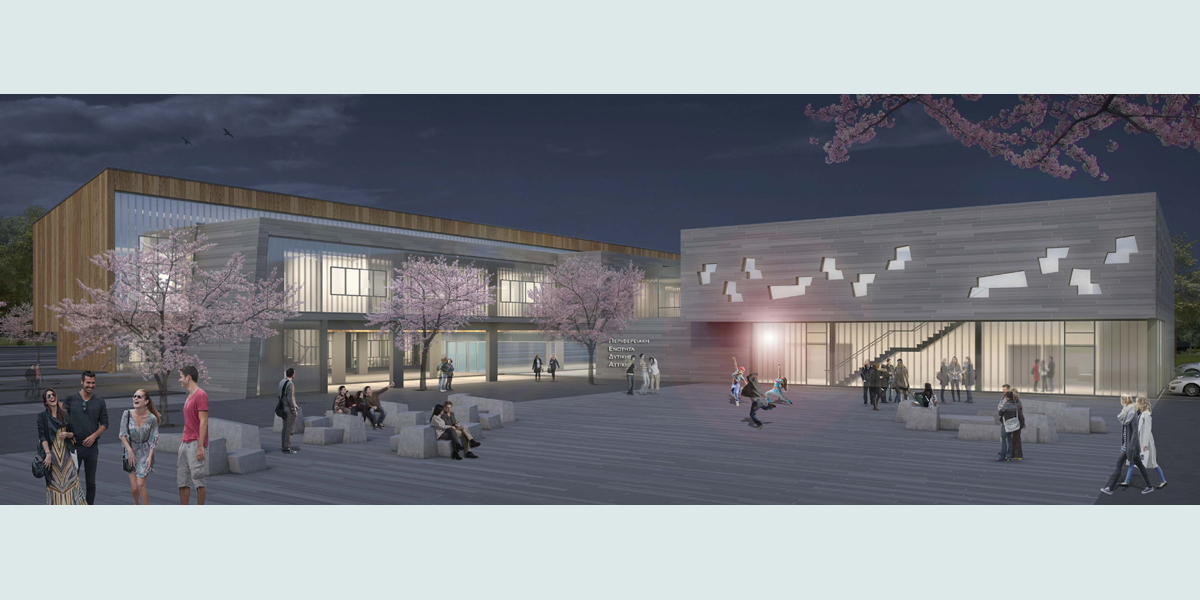 NEW BUILDING FOR THE SERVICES OF THE UNION OF MUNICIPALITIES OF WESTERN ATTICA, (P.E.D.A.), COMPETITION ENTRY

The site for the new building for the services of the Union of Municipalities of Western Attica, (P.E.D.A.), is at the South-West area of Eleysina. The site occupies a marginal position with the urban tissue of Eleysina extending at the the East and North of the site and industrial areas and wasteland at the West and South. Access to the site is from Iroon Polytechneiou Street at the North-East, a main street of the area featuring services and consumer land use additional to residential use. The site is an elongated Land Lot at a North-East to South-West axis with a very moderate inclination and some big trees mainly eucalyptuses at the west part.
The proposed building for the P.E.D.A.takes the form of an array of elongated, two storey building volumes on East-West axis housing the office spaces, that are the main part of the functional program, taking advantage of the optimum orientation. Great care has been taken for the preservation of most of the existing big trees at the West of the site and using them as an additional shield from the west sun. The organization of the building volume in a successive arrangement of South orientated, PV bearing, inclined roofs and flat, planted roofs, further optimizes the environmental function of the complex.
A circulation zone on a North-South axis connects the various administrative units of the P.E.D.A. services. An auditorium with foyer and exhibition space is housed in a volume at the North part of the site.
An open, urban space arrangement at the North-East part of the site, furbished with outdoor seating areas and tree planting for summer shading, welcomes the P.E.D.A. users coming from the Eleysina centre area. A central entrance is serving both the administrative areas of the P.E.D.A. and the auditorium and exhibition areas.
An underground floor houses storage, MEP and an underground garage with access from the North-West. Additional open air parking spaces are provided for at the North and South part of the site.
The choice of cladding in thin horizontal pieces of gray color stone for the flat roof parts in combination with vertical wood cladding for the inclined roof parts, emphasizes the concept of the relation and integration of city and nature as the underlining theme of the project.

NEW BUILDING FOR THE SERVICES OF THE UNION OF MUNICIPALITIES OF WESTERN ATTICA, (P.E.D.A.), COMPETITION ENTRY